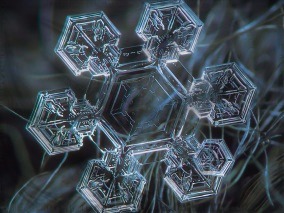 The United Martial Coalition of
Menschenfleisch
Moralistic Democracy
It's a bird! It's a plane! It's a nuclear b-
Influence
Sprat
Region
The East Pacific
Civil Rights
Rare
Economy
Frightening
Political Freedom
Some

The United Martial Coalition of Menschenfleisch is a colossal, genial nation, notable for its digital currency, frequent executions, and devotion to social welfare. The compassionate, humorless population of 7.472 billion D-boys are highly moralistic and fiercely conservative, in the sense that they tend to believe most things should be outlawed. People who have good jobs and work quietly at them are lauded; others are viewed with suspicion.

The frighteningly efficient D-boyian economy, worth 746 trillion pixie dusts a year, is driven entirely by a combination of government and state-owned industry, with private enterprise illegal. However, for those in the know, there is a slick, highly efficient, broadly diversified black market in Information Technology, Trout Farming, Basket Weaving, and Automobile Manufacturing. The private sector mostly consists of enterprising ten-year-olds selling lemonade on the sidewalk, but the government is looking at stamping this out. Average income is 99,929 pixie dusts, with the richest citizens earning 5.3 times as much as the poorest.

National stress about the waning heir-line is causing a rise in alopecia, the government advises foreign diplomats to speak softly and carry a big bag of cash, incompetent former soldiers have been re-employed as incompetent cleaners and kitchen staff, and the nation threatens sanctions on islands only visible at low tide. Crime is totally unknown, thanks to a well-funded police force and progressive social policies in education and welfare. Menschenfleisch's national animal is the small and particularly deadly arachnid, which frolics freely in the nation's many lush forests.

Menschenfleisch is ranked 114,318th in the world and 3,887th in The East Pacific for Most Extreme, scoring 17.86 on the Paul-Nader Subjective Decentrality Index.