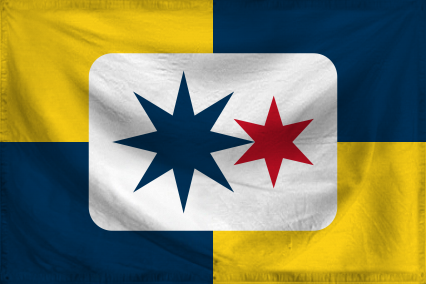 The Socialist Federation of Malvakia is a gargantuan, environmentally stunning nation, ruled by Th'adaam Lini with a fair hand, and remarkable for its daily referendums, complete lack of prisons, and irreverence towards religion. The compassionate, democratic, cheerful population of 12.604 billion Malvakians hold their civil and political rights very dear, although the wealthy and those in business tend to be viewed with suspicion.

The enormous, liberal, outspoken government juggles the competing demands of Education, Healthcare, and Welfare. It meets to discuss matters of state in the capital city of Koil-Verdos. The average income tax rate is 99.7%.

The frighteningly efficient Malvakian economy, worth a remarkable 2,620 trillion Velkois a year, is driven entirely by a combination of government and state-owned industry, with private enterprise illegal. The industrial sector, which is quite specialized, is led by the Information Technology industry, with major contributions from Tourism and Book Publishing. Average income is an amazing 207,934 Velkois, and distributed extremely evenly, with little difference between the richest and poorest citizens.

Students are known to arrive at school in their pyjamas, the Malvakia Automotive Racing Series draws millions of spectators annually while those near the tracks complain about the noise, military strategists are questioning the wisdom of subsidizing the economies of sworn enemies, and recent protests against birds flying too low have resulted in bloodshed. Crime is totally unknown, thanks to a capable police force and progressive social policies in education and welfare. Malvakia's national animal is the Lakerovsky, which frolics freely in the nation's many lush forests.

Malvakia is ranked 128,848th in the world and 47th in First World Order for Largest Black Market, with 234 billion Standard Monetary Units.