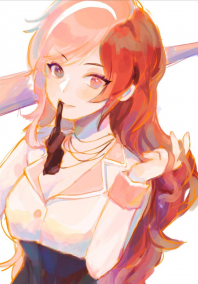 The Communist Catgirl RWBY fan of Makasta but Hes in TRR and viben is a massive, orderly nation, ruled by Neo the Best Girl with an iron fist, and renowned for its prohibition of alcohol, frequent executions, and public floggings. The cynical population of 2.144 billion Vibenizens are kept under strict control by the oppressive government, which measures its success by the nation's GDP and refers to individual citizens as "human resources."

The medium-sized, corrupt, moralistic, well-organized government prioritizes Administration, with Defense, Industry, and Law & Order also on the agenda, while International Aid isn't funded at all. It meets to discuss matters of state in the capital city of Nyasburg UwU. The average income tax rate is 32.3%, but much higher for the wealthy.

The very strong Makasta but Hes in TRR and vibenian economy, worth 153 trillion Vibechecks a year, is driven entirely by a combination of government and state-owned industry, with private enterprise illegal. However, for those in the know, there is a slick, highly efficient, fairly diversified black market in Automobile Manufacturing, Arms Manufacturing, Uranium Mining, and Trout Farming. The private sector mostly consists of enterprising ten-year-olds selling lemonade on the sidewalk, but the government is looking at stamping this out. Average income is 71,501 Vibechecks, and evenly distributed, with the richest citizens earning only 2.3 times as much as the poorest.

The government-run newspapers insist that everything is fine, fire stations and hospitals can't deploy emergency vehicles because badly parked cars block them in, organised sports are frowned upon as frivolous, and former stunt pilots are unable to pass the licence test to fly a drone. Crime, especially youth-related, is relatively low, thanks to a capable police force and progressive social policies in education and welfare. Makasta but Hes in TRR and viben's national animal is the Memeasaurus, which frolics freely in the nation's many lush forests, and its national religion is Best girlism.

Makasta but Hes in TRR and viben is ranked 82,643rd in the world and 1,944th in the Rejected Realms for Largest Retail Industry, scoring 3,050.34 on the Shrinkwrap Consignment Productivity Index.