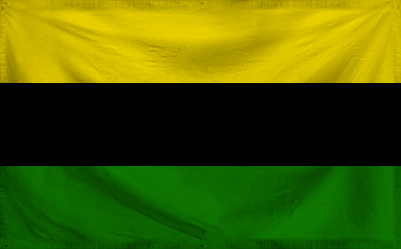 The Holy Empire of
Majassa
Scandinavian Liberal Paradise
How dare you look at me! Who allowed you to have eyes!
Holy Empress Vaxvivei I
Influence
Truckler
Region
Selene
Civil Rights
Superb
Economy
Frightening
Political Freedom
Good

The Holy Empire of Majassa is a colossal, efficient nation, ruled by Holy Empress Vaxvivei I with an even hand, and renowned for its multi-spousal wedding ceremonies, sprawling nuclear power plants, and zero percent divorce rate. The hard-nosed, humorless population of 5.384 billion Majassans enjoy extensive civil rights and enjoy a level of social equality free from the usual accompanying government corruption.

The medium-sized, corrupt, liberal government juggles the competing demands of Administration, Defense, and Education. It meets to discuss matters of state in the capital city of Oxnvuri. The average income tax rate is 71.7%, and even higher for the wealthy.

The frighteningly efficient Majassan economy, worth a remarkable 1,095 trillion gold bars a year, is driven entirely by a combination of government and state-owned industry, with private enterprise illegal. However, for those in the know, there is an enormous, deeply entrenched, fairly diversified black market in Arms Manufacturing, Information Technology, Book Publishing, and Uranium Mining. The private sector mostly consists of enterprising ten-year-olds selling lemonade on the sidewalk, but the government is looking at stamping this out. Average income is an amazing 203,523 gold bars, and evenly distributed, with the richest citizens earning only 2.0 times as much as the poorest.

Majassa's children are widely acknowledged as the most foul-mouthed in the region, the government has enacted freedom of information, droves of former desperados are applying to join the border police, and the public transport system has been eliminated. Crime, especially youth-related, is all-pervasive, perhaps because of the country's complete lack of prisons. Majassa's national animal is the soccer mom, which teeters on the brink of extinction due to widespread deforestation, and its national religion is Calcism.

Majassa is ranked 7,905th in the world and 1st in Selene for Highest Unexpected Death Rate, scoring 121.05 on the Bus Surprisal Index.

Most Recent Government Activity: 108 minutes ago