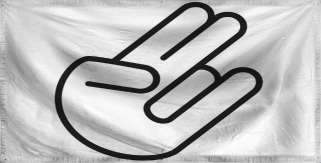 The Omnipotent Theocratic Regime of MaidyLand is a colossal, efficient nation, ruled by Miranda Veracruz De la Hoya Cardinal XXV with an even hand, and remarkable for its multi-spousal wedding ceremonies, public floggings, and compulsory military service. The hard-nosed, cynical, humorless, devout population of 8.872 billion MaidyLandians have some civil rights, but not too many, enjoy the freedom to spend their money however they like, to a point, and take part in free and open elections, although not too often.

The government — a sprawling, bureaucracy-choked, corrupt morass — juggles the competing demands of Administration, Industry, and Healthcare. It meets to discuss matters of state in the capital city of Maidylandia. The average income tax rate is 92.7%, and even higher for the wealthy.

The frighteningly efficient MaidyLandian economy, worth a remarkable 1,315 trillion Xelas a year, is driven almost entirely by government activity. The industrial sector, which is highly specialized, is mostly made up of the Retail industry, with significant contributions from Tourism. Average income is an impressive 148,279 Xelas, and distributed extremely evenly, with little difference between the richest and poorest citizens.

A shout of "stop in the name of the law!" is more of a request than an order, above MaidyLand there is only sky and the fear of the unknown, the nation's official head of religious affairs is an atheist, and the acceptance of acupuncture and other alternative therapies has needled the scientific community. Crime is pervasive, perhaps because of the country's complete lack of prisons. MaidyLand's national animal is the Orange Tabby, which teeters on the brink of extinction due to widespread deforestation, and its national religion is Fruitopianism.

MaidyLand is ranked 135,845th in the world and 6th in New Western Atlantic for Highest Unexpected Death Rate, scoring 30.97 on the Bus Surprisal Index.