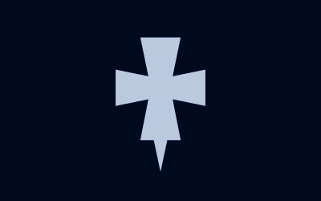 The Confederation of
Lutheran Commonwealth
Moralistic Democracy
He who has no love has no knowledge of God...
Influence
Apprentice
Region
Right to Life
Civil Rights
Unheard Of
Economy
Frightening
Political Freedom
Very Good

The Confederation of Lutheran Commonwealth is a colossal, safe nation, ruled by President Norman with an even hand, and remarkable for its digital currency, compulsory military service, and punitive income tax rates. The hard-nosed, hard-working, devout population of 8.26 billion Lutherans are highly moralistic and fiercely conservative, in the sense that they tend to believe most things should be outlawed. People who have good jobs and work quietly at them are lauded; others are viewed with suspicion.

The medium-sized, moralistic government juggles the competing demands of Law & Order, Education, and Administration. It meets to discuss matters of state in the capital city of Oslo. The average income tax rate is 58.7%, and even higher for the wealthy.

The frighteningly efficient Lutheran economy, worth 902 trillion roses a year, is broadly diversified and led by the Arms Manufacturing industry, with significant contributions from Book Publishing, Basket Weaving, and Beef-Based Agriculture. Average income is an impressive 109,203 roses, and evenly distributed, with the richest citizens earning only 2.3 times as much as the poorest.

People say chess victor President Norman can kill you with mind-bullets, the Lutheran Arts Council pays teenagers to sit through opera performances, mathematicians are gathering an infinite number of doves and typewriters to see if they can recreate the works of Max Barry, and owning a really cute pet is grounds for immediate investigation. Crime, especially youth-related, is totally unknown, thanks to a well-funded police force and progressive social policies in education and welfare. Lutheran Commonwealth's national animal is the dove, which teeters on the brink of extinction due to toxic air pollution, and its national religion is Lutheranism.

Lutheran Commonwealth is ranked 14,630th in the world and 12th in Right to Life for Largest Publishing Industry, scoring 9,473.67 on the Bella Potter Productivity e-Index.