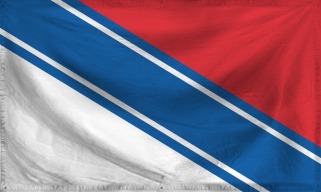 The United Kingdom of Lundenia is a colossal, efficient nation, notable for its digital currency, sprawling nuclear power plants, and irreverence towards religion. The hard-nosed, humorless population of 6.145 billion Lundenians have some civil rights, but not too many, enjoy the freedom to spend their money however they like, to a point, and take part in free and open elections, although not too often.

The relatively small, corrupt government prioritizes Education, although Industry, Administration, and Environment are also considered important, while Spirituality and Welfare aren't funded at all. The average income tax rate is 73.6%, and even higher for the wealthy.

The frighteningly efficient Lundenian economy, worth a remarkable 1,803 trillion dollars a year, is broadly diversified and led by the Information Technology industry, with significant contributions from Tourism, Beef-Based Agriculture, and Book Publishing. Black market activity is extensive. State-owned companies are reasonably common. Average income is an amazing 293,439 dollars, and evenly distributed, with the richest citizens earning only 2.0 times as much as the poorest.

Lundenia is ranked 4,783rd in the world and 151st in The East Pacific for Healthiest Citizens, with 20.23 bananas ingested per day.