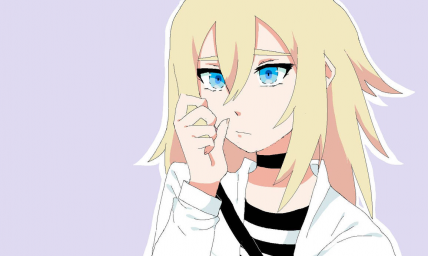 Luna did Nothing Wrong

The MCSB Commander of Luna did Nothing Wrong is a massive, genial nation, ruled by Luna with an iron fist, and renowned for its public floggings, state-planned economy, and suspicion of poets. The compassionate, cynical population of 2.879 billion Makastans are ruled without fear or favor by a psychotic dictator, who outlaws just about everything and refers to the populace as "my little playthings."

The medium-sized, moralistic, well-organized government juggles the competing demands of Administration, Law & Order, and Industry. It meets to discuss matters of state in the capital city of Deeka. The average income tax rate is 42.3%.

The strong Makastion economy, worth 181 trillion Delta Eagles a year, is driven entirely by a combination of government and state-owned industry, with private enterprise illegal. The industrial sector, which is broadly diversified, is led by the Door-to-door Insurance Sales industry, with major contributions from Tourism, Arms Manufacturing, and Soda Sales. Average income is 62,967 Delta Eagles, and evenly distributed, with the richest citizens earning only 3.2 times as much as the poorest.

Religious classes are compulsory for all school students, school lockers are filled with fancy underwear, traffic jams are a common sight due to construction work from a massive overhaul of the nation's freeways, and the nation's police officers are famously miserable-looking. Crime, especially youth-related, is totally unknown, thanks to a well-funded police force and progressive social policies in education and welfare. Luna did Nothing Wrong's national animal is the Eagle, which soars majestically through the nation's famously clear skies, and its national religion is Luna is basedism.

Luna did Nothing Wrong is ranked 55,072nd in the world and 361st in Artificial Solar System for Most Influential, scoring 778 on the Soft Power Disbursement Rating.