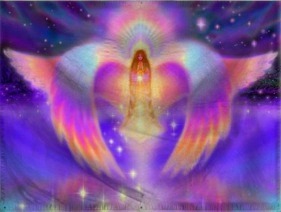 The Republic of Luminesa is a gargantuan, efficient nation, ruled by President Neko Hishi with an even hand, and renowned for its museums and concert halls, triple-decker prams, and anti-smoking policies. The compassionate, democratic, cheerful, devout population of 14.413 billion Luminesans have some civil rights, but not too many, enjoy the freedom to spend their money however they like, to a point, and take part in free and open elections, although not too often.

The enormous government prioritizes Education, with Spirituality, Healthcare, and Industry also on the agenda. It meets to discuss matters of state in the capital city of Fides. The average income tax rate is 95.1%.

The frighteningly efficient Luminesan economy, worth a remarkable 1,822 trillion Peeps a year, is quite specialized and led by the Tourism industry, with significant contributions from Book Publishing, Furniture Restoration, and Beef-Based Agriculture. State-owned companies are reasonably common. Average income is an impressive 126,440 Peeps, and distributed extremely evenly, with little difference between the richest and poorest citizens.

A byzantine web of conspiracies and secret alliances must be navigated any time legislation is voted upon, third party candidates are now gaining some representation in Parliament, military strategists are questioning the wisdom of subsidizing the economies of sworn enemies, and citizens applying for their first jobs face fierce competition from the homeless. Crime, especially youth-related, is totally unknown, thanks to a well-funded police force and progressive social policies in education and welfare. Luminesa's national animal is the Chibi Cat, which is also the nation's favorite main course, and its national religion is Roman Catholicism.

Luminesa is ranked 72,787th in the world and 7th in Winterfell for Most Valuable International Artwork, with 0.68 Bank.