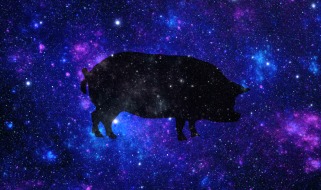 The Republic of Lukatonia is a colossal, efficient nation, ruled by Chamberlyn Razedusk with a fair hand, and renowned for its pith helmet sales, free-roaming dinosaurs, and punitive income tax rates. The compassionate, democratic population of 9.571 billion Lukatonians hold their civil and political rights very dear, although the wealthy and those in business tend to be viewed with suspicion.

The large government juggles the competing demands of Education, Industry, and Administration. It meets to discuss matters of state in the capital city of Alxandria. The average income tax rate is 81.5%, and even higher for the wealthy.

The frighteningly efficient Lukatonian economy, worth a remarkable 1,239 trillion Golds a year, is driven entirely by a combination of government and state-owned industry, with private enterprise illegal. The industrial sector, which is quite specialized, is led by the Information Technology industry, with major contributions from Tourism, Book Publishing, and Furniture Restoration. Average income is an impressive 129,491 Golds, and distributed extremely evenly, with little difference between the richest and poorest citizens.

The Violet Mile now refers to the long line-ups that former death row inmates wait in as they transfer to maximum security prisons, all alcohol is banned, the sidewalk is used as an overtaking lane by city drivers, and the "Underwear of Women in Power" issue of The Alxandria Times is sold out. Crime is totally unknown. Lukatonia's national animal is the Goat, which frolics freely in the nation's many lush forests.

The Wealthy Federation of Wake,

Black pinewood, and 12 others.