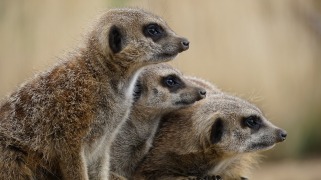 The Mischievous Meerkats of Lordieth is a gargantuan, safe nation, ruled by Lord Lordieth with a fair hand, and remarkable for its smutty television, national health service, and keen interest in outer space. The compassionate, hard-working, democratic, cheerful population of 21.84 billion Lordiethians enjoy a sensible mix of personal and economic freedoms, while the political process is open and the people's right to vote held sacrosanct.

The tiny, outspoken government juggles the competing demands of Education, Industry, and Social Policy. It meets to discuss matters of state in the capital city of Mystica. Citizens pay a flat income tax of 4.1%.

The frighteningly efficient Lordiethian economy, worth a remarkable 7,434 trillion Sheckles a year, is broadly diversified and led by the Book Publishing industry, with major contributions from Tourism, Information Technology, and Automobile Manufacturing. Average income is an amazing 340,396 Sheckles, with the richest citizens earning 9.8 times as much as the poorest.

Discrimination on the basis of sexual orientation is illegal, an increasing percentage of the population's youth have homosexual parents, the government awards prizes to television shows featuring stereotype-breaking minority roles, and discarded pennies litter the streets. Crime is totally unknown. Lordieth's national animal is the Meerkat, which frolics freely in the nation's many lush forests.

Lordieth is ranked 190,329th in the world and 10th in Snazzy for Most Authoritarian, with 250.29 milliStalins.