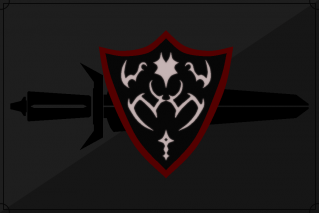 The Imperial Dominion of Longweather is a gargantuan, socially progressive nation, ruled by Emperor Dresden Mourningway with an even hand, and renowned for its state-planned economy, punitive income tax rates, and devotion to social welfare. The hard-nosed, humorless population of 16.469 billion Alor enjoy extensive civil rights and enjoy a level of social equality free from the usual accompanying government corruption.

The medium-sized, corrupt, socially-minded government juggles the competing demands of Defense, Education, and Law & Order. It meets to discuss matters of state in the capital city of Oblivion. The income tax rate is 100%.

The frighteningly efficient Alor economy, worth a remarkable 6,285 trillion Imperial Yoras a year, is driven entirely by a combination of government and state-owned industry, with private enterprise illegal. The industrial sector, which is fairly diversified, is dominated by the Information Technology industry, with significant contributions from Arms Manufacturing, Book Publishing, and Tourism. Average income is an amazing 381,672 Imperial Yoras, and distributed extremely evenly, with little difference between the richest and poorest citizens.

The latest Harry Potter book is a bestseller, witnesses have to run a gauntlet of mob enforcers to testify at trials, Occam's razor has sliced to pieces any childhood belief in Santa Claus and the Tooth Fairy, and anything is permissible when wearing latex gloves. Crime, especially youth-related, is totally unknown, thanks to a capable police force and progressive social policies in education and welfare. Longweather's national animal is the Light Blue Longweather Sheep, which is also the nation's favorite main course, and its national religion is the Church of Thesse.

Longweather is ranked 529th in the world and 16th in the Pacific for Most Developed, scoring 98.83 on the Human Development Index.