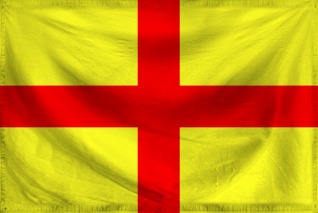 The Abolished Province of Lodi is a gargantuan, pleasant nation, remarkable for its compulsory military service. The hard-working population of 17.125 billion Lodians are highly moralistic and fiercely conservative, in the sense that they tend to believe most things should be outlawed. People who have good jobs and work quietly at them are lauded; others are viewed with suspicion.

The medium-sized government juggles the competing demands of Spirituality, Law & Order, and Education. The average income tax rate is 22.7%.

The strong Lodian economy, worth 756 trillion golds a year, is quite specialized and led by the Gambling industry, with major contributions from Trout Farming, Soda Sales, and Beef-Based Agriculture. Average income is 44,191 golds, with the richest citizens earning 5.1 times as much as the poorest.

Citizens are enjoying a recent large cut in taxes, citizens select which government department gets their income tax golds each year, the government is slowly introducing social welfare programs, and education and welfare spending are on the rise. Crime, especially youth-related, is relatively low, thanks to a capable police force and progressive social policies in education and welfare. Lodi's national animal is the carp.

Lodi is ranked 151,008th in the world and 5,835th in The North Pacific for Highest Drug Use, scoring 51 on the Pineapple Fondness Rating.