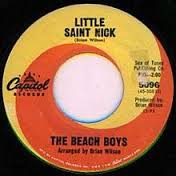 The Little bobsled of Little St Nick is a colossal, socially progressive nation, ruled by Rudy with an even hand, and notable for its public floggings, keen interest in outer space, and punitive income tax rates. The compassionate, devout population of 7.552 billion real famous cats all dressed up in red enjoy extensive civil freedoms, particularly in social issues, while business tends to be more regulated.

The large government juggles the competing demands of Education, Healthcare, and Environment. It meets to discuss matters of state in the capital city of way up north. The average income tax rate is 55.2%, and even higher for the wealthy.

The candy apple red economy, worth 279 trillion presents a year, is driven almost entirely by government activity. The industrial sector is mostly comprised of enterprising ten-year-olds selling lemonade on the sidewalk, although the government is looking at stamping this out. Average income is 37,000 presents, and distributed extremely evenly, with little difference between the richest and poorest citizens.

The government regularly hires contractors to construct high rise apartments, things are looking up for patients accidentally prescribed erectile dysfunction medication, every workday begins with group therapy, and Reindeer is one of the most popular forenames in Little St Nick. Crime, especially youth-related, is totally unknown, thanks to a capable police force and progressive social policies in education and welfare. Little St Nick's national animal is the reindeer, which frolics freely in the nation's many lush forests, and its national religion is a tale about Christmas.

Little St Nick is ranked 171,272nd in the world and 98th in Christmas for Largest Cheese Export Sector, scoring -3.58 on the Mozzarella Productivity Index.