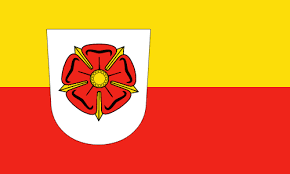 The Federal Republic of Lippeland is a massive, environmentally stunning nation, ruled by Bernhard zur Lippe with an even hand, and notable for its free-roaming dinosaurs, punitive income tax rates, and restrictive gun laws. The compassionate population of 2.283 billion Lippelandians have some civil rights, but not too many, enjoy the freedom to spend their money however they like, to a point, and take part in free and open elections, although not too often.

The medium-sized government juggles the competing demands of Education, Industry, and Administration. It meets to discuss matters of state in the capital city of Lippstadt. The average income tax rate is 72.0%, and even higher for the wealthy.

The frighteningly efficient lippelandish economy, worth 385 trillion Lippmarks a year, is broadly diversified and dominated by the Information Technology industry, with significant contributions from Tourism, Book Publishing, and Cheese Exports. State-owned companies are common. Average income is an impressive 168,671 Lippmarks, and distributed extremely evenly, with little difference between the richest and poorest citizens.

The WhoTube comments section has gone strangely quiet, citizens are deployed to barren deserts to protect small territorial claims, criminals and college students are taking an interest in the government's new weed-killing program, and teenage TV characters are played by thirty-year-olds by the end of the second season. Crime, especially youth-related, is totally unknown, thanks to a capable police force and progressive social policies in education and welfare. Lippeland's national animal is the Horse, which is also the nation's favorite main course.

Lippeland is ranked 98,058th in the world and 98th in Lands End for Largest Pizza Delivery Sector, scoring 1,577.61 on the Pepperoni Propulsion Productivity Index.

Kingdom of New Italy, and 13 others.