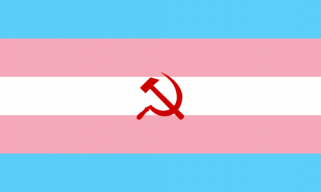 The Gay Socialist Republic of Liliumtopia is a gargantuan, cultured nation, ruled by Premier Lily Lockhart with a fair hand, and remarkable for its state-planned economy, national health service, and irreverence towards religion. The compassionate, democratic, cheerful population of 10.59 billion Liliumtopians are free to do what they want with their own bodies, and vote for whomever they like in elections; if they go into business, however, they are regulated to within an inch of their lives.

The government — a sprawling, bureaucracy-choked, liberal, socially-minded morass — juggles the competing demands of Education, Environment, and Welfare. It meets to discuss matters of state in the capital city of Lilygrad. The income tax rate is 100%.

The frighteningly efficient Liliumtopian economy, worth a remarkable 2,083 trillion Liliums a year, is driven entirely by a combination of government and state-owned industry, with private enterprise illegal. The industrial sector, which is highly specialized, is mostly made up of the Information Technology industry, with significant contributions from Book Publishing and Tourism. Average income is an impressive 196,742 Liliums, and distributed extremely evenly, with practically no difference between the richest and poorest citizens.

The volume of paperwork used to complete a single environmental assessment defeats the purpose, rebuilding efforts for a recently destroyed cathedral aren't expected to be completed for another century, tourists outnumber citizens two to one, and workers of "fairweather faith" claim six months of paid leave for holy days per year. Crime is totally unknown. Liliumtopia's national animal is the Unicorn, which frolics freely in the nation's many lush forests.

Liliumtopia is ranked 232,533rd in the world and 856th in The Communist Bloc for Most Armed, with 0.09 Weapons Per Person.

The Tsardom of Muscovy,