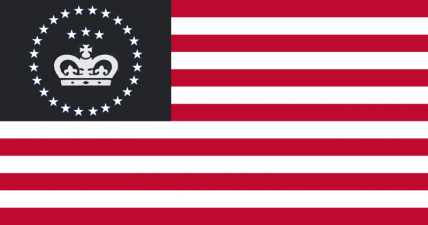 The Empire of Like Murica is a colossal, socially progressive nation, ruled by Emperor Joseph R Biden with an even hand, and remarkable for its barren, inhospitable landscape, free-roaming dinosaurs, and keen interest in outer space. The hard-nosed, hard-working population of 7.321 billion Muricans enjoy some of the most opulent lifestyles in the region, unless they are unemployed or working-class, in which case they are variously starving to death or crippled by easily preventable diseases.

The tiny, corrupt, pro-business government juggles the competing demands of Defense, Industry, and Education. It meets to discuss matters of state in the capital city of Washington DC. Citizens pay a flat income tax of 1.1%.

The frighteningly efficient Like Murican economy, worth a remarkable 2,568 trillion Dolars a year, is driven almost entirely by the private sector, which is broadly diversified and led by the Arms Manufacturing industry, with major contributions from Retail, Information Technology, and Gambling. Average income is an amazing 350,805 Dolars, but there is an enormous disparity between incomes, with the richest 10% of citizens earning 1,842,142 per year while the poor average 35,720, a ratio of 51.6 to 1.

Murderers frequently escape punishment by claiming they were protecting their honour, corporations claim the third ounce of any metal traded in a wicker-cone on the Sunday of a full moon as a charitable expense, every microwave and toaster is being disassembled and probed by inspectors, and doctors accused of having no heart reply that cardiology isn't their speciality. Crime, especially youth-related, is all-pervasive, with the police force struggling against a lack of funding and a high mortality rate. Like Murica's national animal is the Eagle, which teeters on the brink of extinction due to toxic air pollution, and its national religion is Christianity.

Like Murica is ranked 18,608th in the world and 725th in The North Pacific for Largest Black Market, with 25.7 trillion Standard Monetary Units.

Former English Colony, and 67 others.