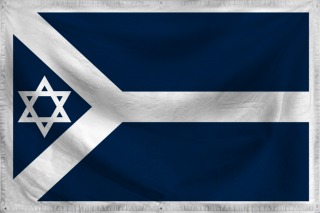 The Republic of Lichian is a gargantuan, safe nation, ruled by Benjamin Gillis with an even hand, and remarkable for its sprawling nuclear power plants, keen interest in outer space, and unlimited-speed roads. The hard-nosed, hard-working, democratic, cheerful, devout population of 15.574 billion Lichians enjoy extensive civil freedoms, particularly in social issues, while business tends to be more regulated.

The relatively small, liberal government juggles the competing demands of Industry, Education, and Healthcare. It meets to discuss matters of state in the capital city of Mhialn. The average income tax rate is 27.8%, but much higher for the wealthy.

The frighteningly efficient Lichian economy, worth a remarkable 4,054 trillion Gold Ducats a year, is led by the Information Technology industry, with significant contributions from Tourism, Arms Manufacturing, and Book Publishing. Average income is an amazing 260,363 Gold Ducats, and evenly distributed, with the richest citizens earning only 2.2 times as much as the poorest.

You can call your arthritic immigrant neighbour for all your roof-tiling and guttering needs, it turns out that you actually can put a price on intangible cultural heritage, more citizens have access to Maxtopian Grass than clean drinking water, and in a fit of passion Benjamin Gillis has shredded thirty years' worth of petitions. Crime is totally unknown. Lichian's national animal is the Lothian Ground Llama, which is also the nation's favorite main course, and its national religion is Judaeo-Christianity.

Lichian is ranked 3,325th in the world and 7th in Texas for Most Developed, scoring 95.58 on the Human Development Index.