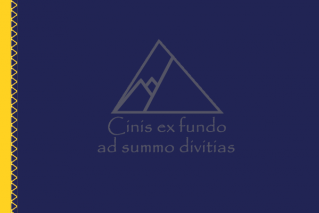 The Union of Allied Districts of
Libertarian Democracy
Left-Leaning College State
From the ashes at the bottom, to the riches at the top.
Influence
Power
WA Delegate / President of the Union
Region
The Parliamentary Union of Nations
Civil Rights
Excellent
Economy
Strong
Political Freedom
Below Average

The Union of Allied Districts of Libertarian Democracy is a gargantuan, genial nation, remarkable for its compulsory military service, devotion to social welfare, and stringent health and safety legislation. The hard-working population of 10.798 billion Libers enjoy extensive civil freedoms, particularly in social issues, while business tends to be more regulated.

The medium-sized government juggles the competing demands of Welfare, Education, and Healthcare. The average income tax rate is 27.8%, but much higher for the wealthy.

The strong Liberated economy, worth 539 trillion CreditCoins a year, is fairly diversified and led by the Book Publishing industry, with major contributions from Tourism, Automobile Manufacturing, and Pizza Delivery. State-owned companies are reasonably common. Average income is 49,973 CreditCoins, and evenly distributed, with the richest citizens earning only 2.6 times as much as the poorest.

Citizens are enjoying a recent large cut in taxes, Libertarian Democracy's children are widely acknowledged as the most foul-mouthed in the region, the nation's official head of religious affairs is an atheist, and it is a crime to operate a combine harvester while intoxicated. Crime, especially youth-related, is totally unknown. Libertarian Democracy's national animal is the Falcon, which soars majestically through the nation's famously clear skies.

Libertarian Democracy is ranked 108,397th in the world and 2nd in The Parliamentary Union of Nations for Lowest Overall Tax Burden, scoring 71.7 on the Hayek Index.