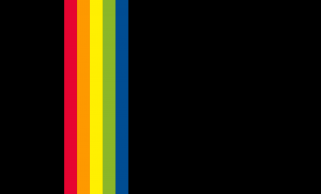 The Revolutionary Commonwealth of Libertarian Australia is a gargantuan, genial nation, notable for its punitive income tax rates, devotion to social welfare, and stringent health and safety legislation. The compassionate, democratic population of 12.38 billion Australians are free to do what they want with their own bodies, and vote for whomever they like in elections; if they go into business, however, they are regulated to within an inch of their lives.

The large, socially-minded, outspoken government prioritizes Welfare, with Education, Healthcare, and Social Policy also on the agenda, while Spirituality is ignored. The average income tax rate is 59.3%, and even higher for the wealthy.

The large but stagnant Australian economy, worth 263 trillion Vouchers a year, is driven entirely by a combination of government and state-owned industry, with private enterprise illegal. However, for those in the know, there is a slick, highly efficient, broadly diversified black market in Information Technology, Tourism, Book Publishing, and Automobile Manufacturing. The private sector mostly consists of enterprising ten-year-olds selling lemonade on the sidewalk, but the government is looking at stamping this out. Average income is 21,286 Vouchers, and distributed extremely evenly, with practically no difference between the richest and poorest citizens.

The government is engaging in an agricultural trade war with Maxtopia, students abandon classrooms for online education, invasive species are hunted by the gendarmerie, and the nation has opened its arms to an influx of refugees. Crime is totally unknown. Libertarian Australia's national animal is the Kangaroo, which frolics freely in the nation's many lush forests.

Libertarian Australia is ranked 134,205th in the world and 78th in Libertarian Socialist Confederation for Most Armed, with 0.31 Weapons Per Person.