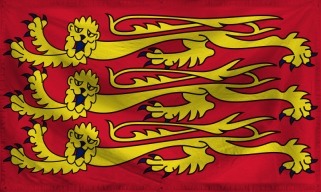 The Lions of Liane is a gargantuan, environmentally stunning nation, renowned for its ban on automobiles and enforced nudity. The democratic population of 15.454 billion Lianeans are fiercely patriotic and enjoy great social equality; they tend to view other, more capitalist countries as somewhat immoral and corrupt.

The large government juggles the competing demands of Welfare, Education, and Healthcare. The average income tax rate is 44.2%, but much higher for the wealthy.

The large but inefficient Lianean economy, worth 448 trillion Las a year, is quite specialized and led by the Trout Farming industry, with significant contributions from Arms Manufacturing, Basket Weaving, and Book Publishing. Black market activity is notable. State-owned companies are common. Average income is 29,051 Las, and distributed extremely evenly, with little difference between the richest and poorest citizens.

A large-scale revitalization of the education system is underway, Liane's children are widely acknowledged as the most foul-mouthed in the region, the nation is ravaged by daily union strikes, and a major religion has been named as Liane's national religion. Crime is totally unknown, thanks to a capable police force and progressive social policies in education and welfare. Liane's national animal is the goat, which frolics freely in the nation's many lush forests.

Liane is ranked 71,378th in the world and 30th in St Abbaddon for Largest Manufacturing Sector, scoring 8,135.37 on the Gooback-Jerbs Productivity Index.