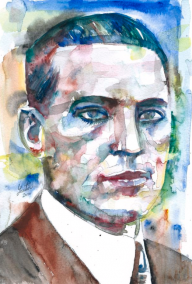 The Zone of Proximal Development of Lev Vygotsky is a gargantuan, genial nation, ruled by Lev with a fair hand, and remarkable for its museums and concert halls, punitive income tax rates, and restrictive gun laws. The compassionate, hard-working, democratic, humorless population of 27.509 billion Lev Vygotskyians live in a state of perpetual fear, as a complete breakdown of social order has led to the rise of order through biker gangs.

The medium-sized, corrupt, pro-business, outspoken government juggles the competing demands of Industry, Administration, and Education. It meets to discuss matters of state in the capital city of Gomel. Citizens pay a flat income tax of 54.5%.

The frighteningly efficient Lev Vygotskyian economy, worth a remarkable 6,735 trillion ZPDS a year, is broadly diversified and led by the Information Technology industry, with major contributions from Retail, Book Publishing, and Arms Manufacturing. Black market activity is rampant. Average income is an amazing 244,837 ZPDS, but there is an enormous disparity between incomes, with the richest 10% of citizens earning 1,329,515 per year while the poor average 23,225, a ratio of 57.2 to 1.

Wounded veterans can only get prosthetics if they agree to become walking billboards for the arms industry, former customs officers are adjusting to their new lives as market stall traders, pareidolic SETI scientists swear there's a message from aliens hidden within pi, and students in Lev Vygotsky's schools rarely attend their classes. Crime, especially youth-related, is a major problem, perhaps because of the country's complete lack of prisons. Lev Vygotsky's national animal is the Cultural Mediation, which is also the nation's favorite main course, and its national religion is Agnostic Pantheism.

Lev Vygotsky is ranked 784th in the world and 80th in NationStates for Largest Soda Pop Sector, scoring 20,940.26 on the Addison-Fukk Productivity Rating.