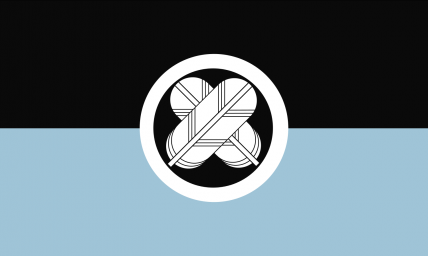 The Īmārivshen of Lesser Velutaria is a colossal, socially progressive nation, ruled by Atēro den Blessi with an even hand, and renowned for its rum-swilling pirates, ban on automobiles, and absence of drug laws. The hard-nosed, hard-working, devout population of 7.49 billion Velutarians enjoy extensive civil freedoms, particularly in social issues, while business tends to be more regulated.

The relatively small, corrupt, liberal government juggles the competing demands of Industry, Healthcare, and Defense. It meets to discuss matters of state in the capital city of Vellun. The average income tax rate is 7.2%, but much higher for the wealthy.

The frighteningly efficient Vellish economy, worth 864 trillion Īnis a year, is broadly diversified and led by the Retail industry, with major contributions from Arms Manufacturing, Uranium Mining, and Soda Sales. Black market activity is frequent. Average income is an impressive 115,380 Īnis, and evenly distributed, with the richest citizens earning only 2.4 times as much as the poorest.

Atēro den Blessi can finally stop kneading the dough and start rolling in it instead, the end of autumn is celebrated with a bonfire of designer bags, urban high-volume mailers now receive their mail via chauffeur-driven limousines, and drowning sailors are hung out to dry. Crime, especially youth-related, is pervasive, probably because of the absence of a police force. Lesser Velutaria's national animal is the Blue-crested Eagle, which is also the nation's favorite main course, and its national religion is Khīnto.

Lesser Velutaria is ranked 22,414th in the world and 4th in Anteria for Highest Drug Use, scoring 115.4 on the Pineapple Fondness Rating.