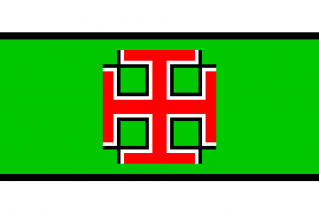 The Imperium of
Leonism
Democratic Socialists

This is a meta article explaining the real-life origins of Leonism and the player behind it. The contents should not be used for Roleplay (RP), except to understand the mindset and underlying concepts that framed my creation and playstyle of Leonism in NationStates

My real-life nickname is indeed Leo, just like the ruler of my nation in NS. I'm a male German in my mid 30s, working as a resident anaesthesiologist in a North German university hospital. Apart from the operating theatre, I can also be found on emergency response vehicles as Notarzt (emergency physician) and occasionally working in the intensive care unit. I'm a gamer since age 7, the first PC game I played and remember doing so is Microsoft Flight Simulator 3.0. My interest in aviation remained well into adulthood, culminating in a Private Pilot License (PPL) in 2017. Apart from gaming and general aviation, my hobbies are sports shooting and reading books.

I have been interested in politics from an early age, becoming a regular reader of newspapers at age 10 (I still read the news almost daily, although now mainly online, including English language websites such as The Guardian). I developed my own political concepts during school, predating the creation of the game NationStates. I used to have the feeling that the combination of democracy and capitalism we live in did not work optimally, but also didn't find any of the alternative concepts that had been tried before (facism, communism, monarchy) any better. As Churchill said, democracy is the worst form of government, with the exception of all others.

I played around with various concepts when thinking about how I would create a perfect state. I mixed elements of democracy and capitalism with a strong involvement of the military and its underlying meritocracy, as well as strong federalist components as in real-life Germany's political setup, with its various levels of devolved government. As befits a teenager with some degree of megalomania, I did of course intend myself to be the ruler of this political entity I was brewing up. I named it Leonistisches Imperium and declared my room in my parent's house as its souvereign territory. As I said, I was a teenager with a bit of megalomania...it got better as I became an adult and my real-life political beliefs now firmly support democracy and a social-market based economy.

Leonism
In 2003, my gaming activities centered on "Day of Defeat", a modification for "Half-Life" which put players into the role of Allied or Axis soldiers during WWII, allowing heated multiplayer battles for up to 32 players. It was the second most popular mod for Half-Life at the time, though some distance behind the world famous "Counter-Strike" (which I also played, but I prefered DoD's faster paced battles with respawns after a few seconds). I had become part of a large online Day of Defeat tournament and community called "Battle For Europe", hosted by a guy in the US but with a significant European playerbase as well. On the forums, one guy posted a link to the recently created game of "Nation States". It caught my interest immediately, and I created a nation, which I called "Leonism", intended as an English circumscription of the German term Leonistisches Imperium. Unfortunately, I do no longer know the exact date the nation was founded, and NationStates does not keep records for these before 2004 (when you inquire >nation Leonism on our Discord, it just says founded in "Antiquity").

I remember very little from these early times in NS, except that Leonism was one of the 1000 largest nations in the game for quite some time and its home region was Battle For Europe, filled with members of the eponymous tournament. I know that I left the region at some point when it fell into inactivity, and joined another region (today, I have no idea which) and was an active roleplayer for a while. When I left school in 2005 and began studying at the university, my nation CTEd for the first time. I revived it once or twice, but ultimately became permanently inactive sometime in either 2006 or 2007.

Behind the Flag of Leonism

The flag of Leonism shows what I call the Imperialkreuz (imperial cross), placed on a green background (green was always my favourite colour). The black-and white stripes on the edges of the flag are actually inspired by the legionary uniforms in Asterix, where the Roman soldiers have roughly the same colour scheme on arms of their tunicae.
The Imperialkreuz itself has a curious origin: When a playground friend and I created paper planes at age 7, we painted swastikas on them, unaware of the meaning of that symbol. Our parents were not amused. Usage of the swastika remains illegal in Germany except for educational purposes or as part of a work of art (say a movie set in WWII). I henceforth painted swastikas with the arms symetrically prolonged. This symbol somehow stuck with me despite its somewhat questionable background. I only found out much later that cross similar to mine had been used in the past, e.g. by orders of the catholic church, but to my knowledge never in the exact same way as the Imperialkreuz I created.

The current flag of

Leonism in NationStates is unchanged since about 2003.

Similarities between Leo the NS player and Leo I., Imperator Konsul of Leonism
See here.

Leonism
I stumbled upon NationStates again in autumn 2018. I wondered if my nation still existed, and promply refounded it someday in October or November 2018. It was refounded in Lazarus. My nation was in shambles, and I felt like a newbie player because I had no clue about the game any longer. But the community seemed welcoming, and I decided to stay in Lazarus for the moment. With the economy of Leonism in shambles, I began to systematically try to improve my stats. During its earlier incarnation, I had ruled Leonism pretty much by just clicking whichever anwer to an issue seemed most acceptable to me. Now I began to understand the systematics behind the stats and conciously tried to form the nation like I would want Leonism to be: Scientifically advanced, democratic, with a strong military, atheist, with a well-regulated capitalism, tightly controlled immigration, universal healthcare, free and comprehensive education and progressive environmental policies.
I benefitted from having previously had decent stats in the area of science, military and environment, while the economy was terrible (Top100%) and healthcare, civil and political rights pretty rudimentary.

The rise of Leonism as part of the community of Lazarus
Once I saw an improvement in my game stats, I became more interested in what was going on behind the scenes in Lazarus. I became aware of Lazarus having a strong off-site community. I joined both the forums and Discord, and submitted a citizenship application in March 2019. I also got a place on the Map of Lazarus, which became my personal focal point for roleplay. I decided to explain the long absence of Leonism from NationStates with a prolonged period of isolation in the history of Leonism. This made for an interesting background, as the new government had to "explore" Lazarus since all links to other countries had been severed in what I had decided must have been decades earlier for this backstory to be plausible.

More or less accidentally, I began an extensive roleplay with Loftegen 2, upon him mentioning my nation briefly in one of his own RP posts. This turned out to be a very fruitful affair, with both of us creating an epic storyline about religiously motivated terrorists, called the New Light Order, threatening both of our nations and others. The main storyline went on for over 2 months and filled the RMB with very long posts by both of us. I must commend Loftegen for his very creative and well-written text, he made for an excellent RP partner.

After this storyline ended, I focussed more and more on the off-site aspects of Lazarus. I became a member of the Lazarene Guard, my first operation being in March or April 2019. My RP posts had raised the interest of some people in the government, notably

Your Imaginary Friend, who first invited me to write an article about RP in the Lazarus Gazette, then asked me to become a Vice Director in the Department of Internal Management. I accepted and became part of the government of Lazarus in September 2019.
That month also saw me creating a Minecraft Server for Lazarus, as I wanted to play the game again and decided it would be good for the community to let others join in. As of the time of this writing, the server has been running succesfully for two months and has several active regular players.