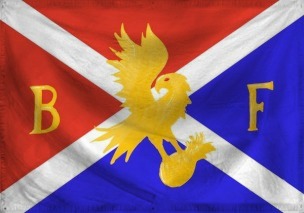 The People's Republic of Lennonia is a colossal, cultured nation, ruled by Bob Lennon with a fair hand, and remarkable for its rampant corporate plagiarism, daily referendums, and punitive income tax rates. The compassionate, democratic population of 5.944 billion Lennonians are free to do what they want with their own bodies, and vote for whomever they like in elections; if they go into business, however, they are regulated to within an inch of their lives.

The enormous government juggles the competing demands of Education, Healthcare, and Administration. It meets to discuss matters of state in the capital city of Fantasia. The average income tax rate is 94.6%.

The frighteningly efficient Lennonian economy, worth 674 trillion blings a year, is driven entirely by a combination of government and state-owned industry, with private enterprise illegal. The industrial sector, which is quite specialized, is mostly made up of the Information Technology industry, with significant contributions from Trout Farming and Arms Manufacturing. Average income is an impressive 113,539 blings, and distributed extremely evenly, with practically no difference between the richest and poorest citizens.

Pretty hair and tight shorts are considered to be essentials for successful political lobbyists, skyscrapers get built in just days, ignorance is considered a politically desirable quality, and theatre audiences often need a telescope to see the stage. Crime, especially youth-related, is totally unknown, thanks to a well-funded police force and progressive social policies in education and welfare. Lennonia's national animal is the Bear, which frolics freely in the nation's many lush forests.

Lennonia is ranked 265,059th in the world and 43rd in The DankLeft Commune for Fattest Citizens, with 5.85 Obesity Rate.