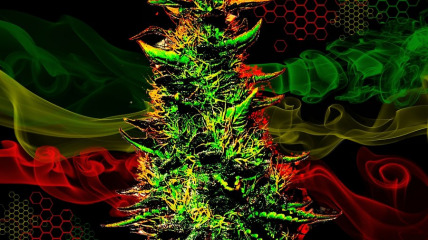 The United Socialist States of Larger Green Plants is a massive, cultured nation, ruled by Librum Sativa with an even hand, and renowned for its state-planned economy, sprawling nuclear power plants, and irreverence towards religion. The compassionate, democratic population of 2.248 billion Small Green Planters are fiercely patriotic and enjoy great social equality; they tend to view other, more capitalist countries as somewhat immoral and corrupt.

The enormous, socially-minded government juggles the competing demands of Education, Administration, and Healthcare. It meets to discuss matters of state in the capital city of Greenfield. The average income tax rate is 85.7%, and even higher for the wealthy.

The strong Small Green Plants Survivor economy, worth 192 trillion Small Green Leaves a year, is driven entirely by a combination of government and state-owned industry, with private enterprise illegal. The industrial sector, which is highly specialized, is dominated by the Information Technology industry, with significant contributions from Tourism, Basket Weaving, and Book Publishing. Average income is 85,757 Small Green Leaves, and distributed extremely evenly, with practically no difference between the richest and poorest citizens.

Jail house rock has been replaced with jail house golden oldies, the government's new priority is citizens' access to cat videos, school uniforms are compulsory, and the nation has opened its arms to an influx of refugees. Crime is totally unknown, thanks to a very well-funded police force and progressive social policies in education and welfare. Larger Green Plants's national animal is the Unseen Academical, which frolics freely in the nation's many lush forests.

Larger Green Plants is ranked 125,854th in the world and 489th in The Communist Bloc for Largest Soda Pop Sector, scoring 790 on the Addison-Fukk Productivity Rating.