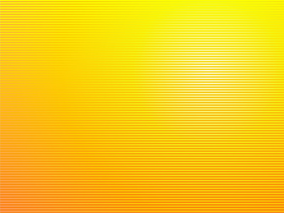 The Holy Empire of Landover Baptist Church is a colossal, genial nation, ruled by Eddie Haskell with an even hand, and notable for its keen interest in outer space, irreverence towards religion, and devotion to social welfare. The compassionate population of 8.459 billion Landover Baptist Churchers have some civil rights, but not too many, enjoy the freedom to spend their money however they like, to a point, and take part in free and open elections, although not too often.

The enormous government prioritizes Education, with Healthcare, Environment, and Administration also on the agenda, while Spirituality receives no funds. The average income tax rate is 80.3%, and even higher for the wealthy.

The powerhouse Landover Baptist Churchian economy, worth 722 trillion dawlluhs a year, is highly specialized and led by the Information Technology industry, with major contributions from Tourism, Furniture Restoration, and Trout Farming. State-owned companies are common. Average income is 85,462 dawlluhs, and distributed extremely evenly, with little difference between the richest and poorest citizens.

Mechanics are often exhausted by their work, hospitals are amongst the best-funded in the region, the best way to be heard in politics is to speak softly and carry a big comedy prop, and the country is governed by a clique of political insiders known colloquially as The Establishment. Crime is totally unknown, thanks to a well-funded police force and progressive social policies in education and welfare. Landover Baptist Church's national animal is the frog, which frolics freely in the nation's many lush forests.

Landover Baptist Church is ranked 17,206th in the world and 45th in NationStates for Most Advanced Public Transport, scoring 2,474.96 on the Societal Mobility Rating.