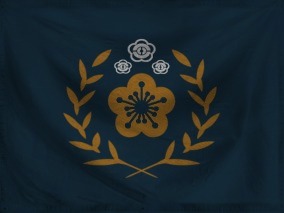 The Second Allied Provinces of Laeral is a gargantuan, efficient nation, ruled by President Liu Mei-han with a fair hand, and renowned for its museums and concert halls, smutty television, and irreverence towards religion. The compassionate, democratic, cheerful population of 10.407 billion Laeralites hold their civil and political rights very dear, although the wealthy and those in business tend to be viewed with suspicion.

The large, liberal, outspoken government prioritizes Education, although Environment, Healthcare, and Administration are also considered important, while Spirituality isn't funded at all. It meets to discuss matters of state in the capital city of Laeralsford. The average income tax rate is 96.9%.

The frighteningly efficient Laeralian economy, worth a remarkable 1,884 trillion marks a year, is quite specialized and led by the Information Technology industry, with major contributions from Book Publishing, Tourism, and Trout Farming. State-owned companies are common. Average income is an impressive 181,092 marks, and distributed extremely evenly, with little difference between the richest and poorest citizens.

Political satirists and late night comedians weep as the government begins cleaning up its act, rebuilding efforts for a recently destroyed cathedral aren't expected to be completed for another century, third world countries are rich in "I Love Laeralsford" t-shirts, and escargots have lost their charm ever since they started to be called 'cooked land snails'. Crime is totally unknown. Laeral's national animal is the swan, which frolics freely in the nation's many lush forests.

Laeral is ranked 7,085th in the world and 16th in International Democratic Union for Largest Information Technology Sector, scoring 33,702.62 on the Fann-Boi Productivity Index.

The Enlightened Lands of a Perfect Order,