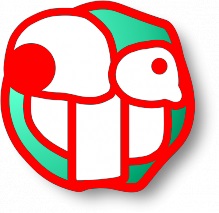 The Nomadic Peoples of Kriegiersien is a gargantuan, cultured nation, ruled by Tim Krieg with an even hand, and renowned for its compulsory military service, keen interest in outer space, and digital currency. The hard-nosed, humorless population of 20.564 billion Kriegiersiens have some civil rights, but not too many, enjoy the freedom to spend their money however they like, to a point, and take part in free and open elections, although not too often.

The medium-sized, corrupt government prioritizes Defense, although Education, Healthcare, and Administration are also considered important, while Spirituality receives no funds. It meets to discuss matters of state in the capital city of Schoenwetter. The income tax rate is 100%.

The frighteningly efficient Kriegiersienian economy, worth an astonishing 12,351 trillion shiny things a year, is driven entirely by a combination of government and state-owned industry, with private enterprise illegal. However, for those in the know, there is an enormous, deeply entrenched, broadly diversified black market in Arms Manufacturing, Information Technology, Tourism, and Book Publishing. The private sector mostly consists of enterprising ten-year-olds selling lemonade on the sidewalk, but the government is looking at stamping this out. Average income is a breathtaking 600,655 shiny things, and distributed extremely evenly, with little difference between the richest and poorest citizens.

Colonial subjects have Kriegiersienian culture shoved down their throats, you're never too young to learn how to lie with confidence, they say that Kriegiersiens made a dessert and called it peace, and a large-scale revitalization of the education system is underway. Crime, especially youth-related, is totally unknown, thanks to a capable police force and progressive social policies in education and welfare. Kriegiersien's national animal is the scorpion, which is also the nation's favorite main course.

Kriegiersien is ranked 256,911th in the world and 6,948th in Balder for Least Corrupt Governments, with 1.64 percentage of bribes refused.