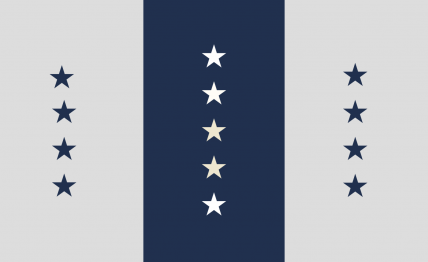 The Nomadic Peoples of Kochevnia is a massive, socially progressive nation, notable for its smutty television, anti-smoking policies, and keen interest in outer space. The compassionate population of 2.48 billion Kochevnians are free to do what they want with their own bodies, and vote for whomever they like in elections; if they go into business, however, they are regulated to within an inch of their lives.

The enormous, socially-minded government juggles the competing demands of Education, Healthcare, and Administration. It meets to discuss matters of state in the capital city of Tovetsk. The average income tax rate is 79.7%, and even higher for the wealthy.

The powerhouse Kochevnian economy, worth 247 trillion Karas a year, is driven entirely by a combination of government and state-owned industry, with private enterprise illegal. The industrial sector, which is quite specialized, is led by the Information Technology industry, with significant contributions from Tourism, Book Publishing, and Basket Weaving. Average income is 99,989 Karas, and distributed extremely evenly, with practically no difference between the richest and poorest citizens.

Most ambassadors from Kochevnia retire only a few years after being appointed, the military struggles with recruitment, signs at the border tell international drivers where they can put their cars, and patriotic citizens simply tend to applaud rather than sing the nation's praises. Crime is totally unknown. Kochevnia's national animal is the Reindeer, which frolics freely in the nation's many lush forests.

Kochevnia is ranked 46,861st in the world and 106th in Thaecia for Most Subsidized Industry, scoring 2,926.25 on the Gilded Widget Scale.