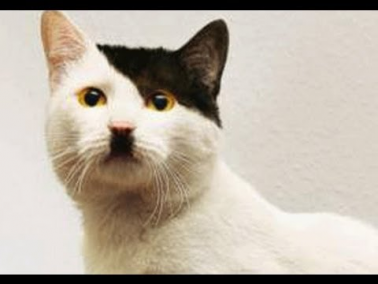 The Democratically elected state of Kitty Hitler is a colossal, environmentally stunning nation, ruled by Katze Hitler with an iron fist, and remarkable for its compulsory military service, frequent executions, and stringent health and safety legislation. The hard-nosed, cynical population of 6.252 billion Katzen are ruled without fear or favor by a psychotic dictator, who outlaws just about everything and refers to the populace as "my little playthings."

The enormous, socially-minded, well-organized government juggles the competing demands of Law & Order, Defense, and Administration. It meets to discuss matters of state in the capital city of Meowlin. The average income tax rate is 69.6%, and even higher for the wealthy.

The large but underdeveloped Kätzchen economy, worth 173 trillion Kätzchen Marks a year, is quite specialized and dominated by the Arms Manufacturing industry, with significant contributions from Beef-Based Agriculture, Woodchip Exports, and Basket Weaving. State-owned companies are common. Average income is 27,747 Kätzchen Marks, and distributed extremely evenly, with little difference between the richest and poorest citizens.

All government facilities are built in the subterranean citadel of Meowlin, Katze Hitler has been known to threaten dissenting citizens with a machine gun at press conferences, Kittism has been named as Kitty Hitler's national religion, and shouting contests are an important part of government job interviews. Crime, especially youth-related, is totally unknown, thanks to the all-pervasive police force and progressive social policies in education and welfare. Kitty Hitler's national animal is the Tiger, which frolics freely in the nation's many lush forests, and its national religion is Kittism.

Kitty Hitler is ranked 30,158th in the world and 17th in The Bar on the corner of every region for Highest Average Tax Rates, with 69.64 Effective Tax Rate.