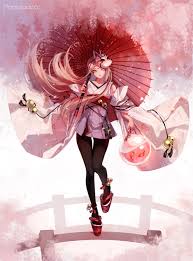 The Sakkara's Flower of Kitsune10 is a massive, efficient nation, notable for its ban on automobiles, enslaved workforce, and free-roaming dinosaurs. The hard-nosed, hard-working, humorless population of 2.252 billion Kitsune10ians have some civil rights, but not too many, enjoy the freedom to spend their money however they like, to a point, and take part in free and open elections, although not too often.

The medium-sized government prioritizes Administration, with Law & Order, Healthcare, and Industry also on the agenda, while Environment and Spirituality receive no funds. The average income tax rate is 27.9%.

The very strong Kitsune10ian economy, worth 124 trillion baht a year, is led by the Furniture Restoration industry, with major contributions from Basket Weaving, Gambling, and Trout Farming. Black market activity is extensive. State-owned companies are common. Average income is 55,265 baht, and evenly distributed, with the richest citizens earning only 3.1 times as much as the poorest.

A popular Kitsune10ian saying is 'wishing upon a fallen jet engine', punk rockers smash it up and then clean it up, footballers are doing aerobics in the sauna to build their hot weather endurance, and uprooting flowers for religious ceremonies is a felony. Crime is moderate, perhaps because of the country's complete lack of prisons. Kitsune10's national animal is the swan, which teeters on the brink of extinction due to widespread deforestation.

Kitsune10 is ranked 90,880th in the world and 471st in Alliance of Supreme Powers for Highest Drug Use, scoring 77 on the Pineapple Fondness Rating.