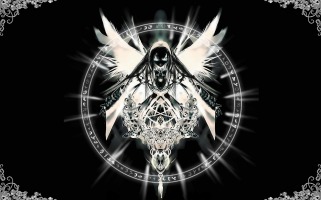 The Matriarchy of Kisume the bucket youkai is a gargantuan, safe nation, ruled by Kisume the bucket youkai with a fair hand, and renowned for its museums and concert halls, national health service, and keen interest in outer space. The compassionate, democratic, cheerful population of 12.806 billion Kisume the bucket youkaians are free to do what they want with their own bodies, and vote for whomever they like in elections; if they go into business, however, they are regulated to within an inch of their lives.

The large, socially-minded government juggles the competing demands of Education, Environment, and Welfare. It meets to discuss matters of state in the capital city of Well City. The income tax rate is 100%.

The frighteningly efficient Kisume the bucket youkaian economy, worth a remarkable 3,562 trillion Ceks a year, is highly specialized and led by the Tourism industry, with major contributions from Information Technology and Book Publishing. State-owned companies are common. Average income is an amazing 278,223 Ceks, and distributed extremely evenly, with practically no difference between the richest and poorest citizens.

The latest Harry Potter book is a bestseller, attendance of fathers at PTA meetings is at an all-time high, urban parents tell their children that the family car went to a farm upstate, and Kisume the bucket youkaian tourists are encouraged to hand out spare condoms to locals while on vacation. Crime is totally unknown. Kisume the bucket youkai's national animal is the Youkai, which frolics freely in the nation's many lush forests, and its national religion is following Kisume.

Kisume the bucket youkai is ranked 223,060th in the world and 539th in The Glorious Nations of Iwaku for Largest Soda Pop Sector, scoring -31.46 on the Addison-Fukk Productivity Rating.