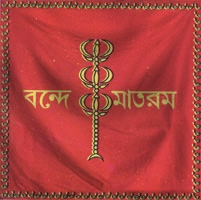 Kingdom of the Indus

The Constitutional Monarchy of Kingdom of the Indus is a massive, environmentally stunning nation, ruled by HM Ravi Holkar II and PM Amish Haldar with a fair hand, and notable for its museums and concert halls, otherworldly petting zoo, and national health service. The compassionate, hard-working, democratic population of 2.318 billion Indusians hold their civil and political rights very dear, although the wealthy and those in business tend to be viewed with suspicion.

The medium-sized, liberal government juggles the competing demands of Education, Industry, and Administration. It meets to discuss matters of state in the capital city of Indus City. The average income tax rate is 60.5%, and even higher for the wealthy.

The frighteningly efficient Indusian economy, worth 352 trillion Liberos a year, is fairly diversified and led by the Information Technology industry, with significant contributions from Tourism, Book Publishing, and Arms Manufacturing. Average income is an impressive 151,897 Liberos, and distributed extremely evenly, with little difference between the richest and poorest citizens.

The nation's interest in space is at an all-time high while interest in saving the planet is at an all-time low, it is illegal for police officers to carry out searches due to strict privacy laws, property subletting is going underground, and national stress about the waning heir-line is causing a rise in alopecia. Crime is totally unknown. Kingdom of the Indus's national animal is the elephant, which frolics freely in the nation's many lush forests.

Kingdom of the Indus is ranked 185,848th in the world and 86th in Liberal Democratic Union for Highest Crime Rates, with 2.59 crimes per hour.

The Great Plains of North America,