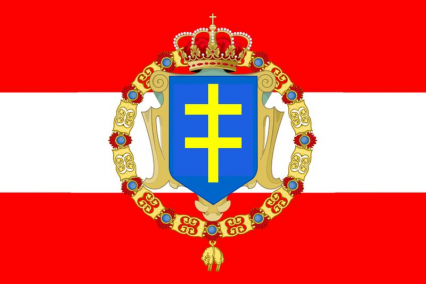 The United Commonwealth of Kinegiener is a colossal, environmentally stunning nation, ruled by King Dovy Jucevičiu I with an even hand, and notable for its anti-smoking policies, aversion to nipples, and irreverence towards religion. The hard-nosed population of 6.433 billion Lithuanians are fiercely patriotic and enjoy great social equality; they tend to view other, more capitalist countries as somewhat immoral and corrupt.

The enormous government juggles the competing demands of Education, Defense, and Administration. It meets to discuss matters of state in the capital city of New Vilnius. The average income tax rate is 98.5%.

The frighteningly efficient Lithuanian economy, worth a remarkable 1,271 trillion Litas a year, is driven entirely by a combination of government and state-owned industry, with private enterprise illegal. The industrial sector, which is quite specialized, is led by the Arms Manufacturing industry, with major contributions from Information Technology, Book Publishing, and Basket Weaving. Average income is an impressive 197,715 Litas, and distributed extremely evenly, with practically no difference between the richest and poorest citizens.

Bored politicians often entertain themselves with games of Simon during important votes, King Dovy Jucevičiu I's speeches are beloved by insomniacs, every workday begins with group therapy, and the nation wears its high incidence of chromosomal diseases as a badge of pride. Crime, especially youth-related, is totally unknown, thanks to a well-funded police force and progressive social policies in education and welfare. Kinegiener's national animal is the Iron Wolf, which frolics freely in the nation's many lush forests, and its national religion is Romuva.

Kinegiener is ranked 272,844th in the world and 290th in The Glorious Nations of Iwaku for Largest Automobile Manufacturing Sector, scoring -18.71 on the Henry Ford Productivity Index.

Most Recent Government Activity: 97 minutes ago