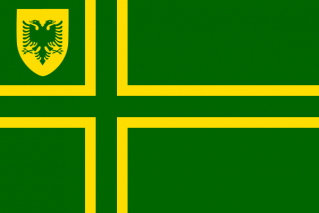 The Grand Republic of Kilowatt is a gargantuan, cultured nation, ruled by Princeps Director Jean-Sébastien Miller with a fair hand, and renowned for its museums and concert halls, keen interest in outer space, and devotion to social welfare. The compassionate, democratic population of 17.594 billion Kilowattians hold their civil and political rights very dear, although the wealthy and those in business tend to be viewed with suspicion.

The medium-sized government juggles the competing demands of Education, Defense, and Environment. It meets to discuss matters of state in the capital city of Estrion. The average income tax rate is 88.7%, and even higher for the wealthy.

The frighteningly efficient Kilowattian economy, worth a remarkable 4,478 trillion Pentes a year, is quite specialized and dominated by the Information Technology industry, with significant contributions from Tourism, Arms Manufacturing, and Book Publishing. State-owned companies are common. Average income is an amazing 254,553 Pentes, and distributed extremely evenly, with little difference between the richest and poorest citizens.

Kilowatt is ranked 25,556th in the world and 37th in Anteria for Rudest Citizens, with 99.41 Insults Per Minute.

United States of the Wolves,

Polder Eiland, and 3 others.