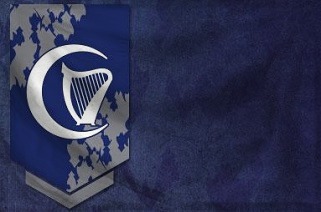 The Holy Green Kingdom of Kiirnodel is a colossal, socially progressive nation, ruled by Sorceress Queen Wisteria Brightbough with a fair hand, and notable for its multi-spousal wedding ceremonies, complete lack of prisons, and compulsory vegetarianism. The compassionate, democratic, devout population of 8.646 billion Kiirnodelians enjoy extensive civil rights and enjoy a level of social equality free from the usual accompanying government corruption.

The government — a sprawling, bureaucracy-choked, socially-minded morass — juggles the competing demands of Administration, Education, and Welfare. It meets to discuss matters of state in the capital city of Tall Trees. The average income tax rate is 93.3%, and even higher for the wealthy.

The thriving Kiirnodelian economy, worth 762 trillion Kiirs a year, is driven entirely by a combination of government and state-owned industry, with private enterprise illegal. The industrial sector, which is highly specialized, is led by the Basket Weaving industry, with major contributions from Tourism, Book Publishing, and Cheese Exports. Average income is 88,233 Kiirs, and distributed extremely evenly, with practically no difference between the richest and poorest citizens.

Ratings for schools' curricula range from 'Pure as the Driven Snow' to 'Late Night TV', families are left homeless as entire suburbs are bulldozed on the whim of tribal chiefs, Kiirnodel is notorious for its citizens' infidelity, and children's daycare starts at the crack of dawn. Crime, especially youth-related, is totally unknown, thanks to a well-funded police force and progressive social policies in education and welfare. Kiirnodel's national animal is the Ghost Gazelle, which frolics freely in the nation's many lush forests, and its national religion is High Wizardry.

Kiirnodel is ranked 159,744th in the world and 83rd in Middle Earth for Largest Soda Pop Sector, scoring 238.91 on the Addison-Fukk Productivity Rating.