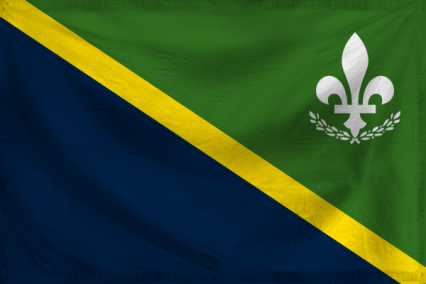 The United Imperial Collective of Kialga is a gargantuan, environmentally stunning nation, ruled by Empress Imogen St Clair with an even hand, and renowned for its smutty television, frequent executions, and anti-smoking policies. The compassionate population of 19.089 billion Kialgans are fiercely patriotic and enjoy great social equality; they tend to view other, more capitalist countries as somewhat immoral and corrupt.

The government — a sprawling, bureaucracy-choked morass — juggles the competing demands of Education, Law & Order, and Environment. It meets to discuss matters of state in the capital city of Nigh Citta. The average income tax rate is 90.1%, and even higher for the wealthy.

The Kialgan economy, worth a remarkable 1,251 trillion Jhinaris a year, is driven entirely by a combination of government and state-owned industry, with private enterprise illegal. The industrial sector is solely comprised of the Tourism industry. Average income is 65,548 Jhinaris, and distributed extremely evenly, with practically no difference between the richest and poorest citizens.

Doctors prescribe medicines but they rarely dispense hope or compassion, a favorite "life hack" for gap year backpackers is to pretend to be homeless for government handouts, party leaders rely on horoscopes to create "ticket balance", and the nation grinds to a halt on the anniversary of every marginally noteworthy event. Crime is totally unknown, thanks to the all-pervasive police force and progressive social policies in education and welfare. Kialga's national animal is the ghost, which frolics freely in the nation's many lush forests, and its national religion is state athiesm.

Kialga is ranked 49,507th in the world and 91st in Spiritus for Most Developed, scoring 66.79 on the Human Development Index.