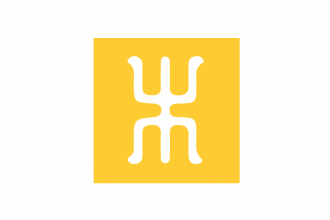 The Nuked Peoples of
Khurkhogur
Psychotic Dictatorship
An arrow alone is easy to snap, many together are not.
Influence
Minnow
Region
Balder
Civil Rights
Rare
Economy
Strong
Political Freedom
Unheard Of

The Nuked Peoples of Khurkhogur is a massive, orderly nation, ruled by Bagran Khan with an iron fist, and renowned for its public floggings, keen interest in outer space, and devotion to social welfare. The hard-nosed, cynical, devout population of 1.009 billion Khurkhogurians are ruled without fear or favor by a psychotic dictator, who outlaws just about everything and refers to the populace as "my little playthings."

The enormous, corrupt, moralistic, socially-minded, well-organized government prioritizes Defense, although Education, Law & Order, and Environment are also considered important. It meets to discuss matters of state in the capital city of Khurkhyr. The average income tax rate is 82.6%, and even higher for the wealthy.

The strong Khurkhogurian economy, worth 90.3 trillion meraks a year, is driven entirely by a combination of government and state-owned industry, with private enterprise illegal. The industrial sector, which is quite specialized, is dominated by the Arms Manufacturing industry, with significant contributions from Tourism, Beef-Based Agriculture, and Book Publishing. Average income is 89,506 meraks, and distributed extremely evenly, with practically no difference between the richest and poorest citizens.

The nation's navy has been named the scourge of the seven thousand seas, those who cut young children are told to cut it out, children aren't allowed to chew their pencils until they get home from school, and doctors prescribe medicines but they rarely dispense hope or compassion. Crime, especially youth-related, is totally unknown, thanks to a well-funded police force and progressive social policies in education and welfare. Khurkhogur's national animal is the horse, which frolics freely in the nation's many lush forests.

Khurkhogur is ranked 132,835th in the world and 2,052nd in Balder for Most Influential, scoring 119 on the Soft Power Disbursement Rating.