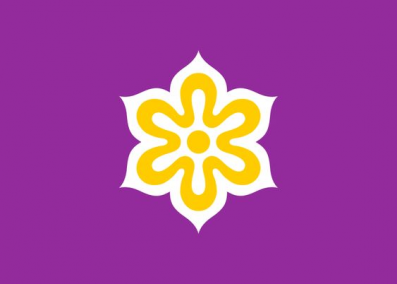 The Principality of Katase is a massive, orderly nation, ruled by Jiro Kujo with an iron fist, and renowned for its museums and concert halls, punitive income tax rates, and complete absence of social welfare. The hard-nosed, cynical population of 1.138 billion Kataseans are ruled by a mostly-benevolent dictator, who grants the populace the freedom to live their own lives but watches carefully for anyone to slip up.

The large, corrupt, well-organized government juggles the competing demands of Law & Order, Defense, and Public Transport. It meets to discuss matters of state in the capital city of Nadeshiko. Citizens pay a flat income tax of 56.0%.

The very strong Katasean economy, worth 74.1 trillion Motsus a year, is quite specialized and mostly made up of the Trout Farming industry, with significant contributions from Basket Weaving and Tourism. Black market activity is extensive. State-owned companies are reasonably common. Average income is 65,085 Motsus, with the richest citizens earning 7.5 times as much as the poorest.

Former school buses now regularly shuttle kids to the nearest shopping centers to work, the 'maybe not shock and awe' foreign policy initiative is showing promise, back-alley circumcision clinics are popping up all over the nation, and vanity is considered the fifth cardinal virtue. Crime, especially youth-related, is totally unknown, thanks to the all-pervasive police force and progressive social policies in education and welfare. Katase's national animal is the falcon, which soars majestically through the nation's famously clear skies.

Katase is ranked 231,563rd in the world and 65th in Greater Dienstad for Largest Furniture Restoration Industry, scoring -10.2 on the Spitz-Pollish Productivity Index.