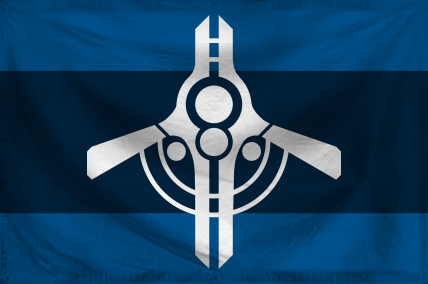 The Federated Imperium of Kajal is a gargantuan, environmentally stunning nation, ruled by Vierun Muraan with an even hand, and renowned for its vat-grown people, unlimited-speed roads, and sprawling nuclear power plants. The hard-nosed, humorless population of 35.885 billion Kajali are fiercely patriotic and enjoy great social equality; they tend to view other, more capitalist countries as somewhat immoral and corrupt.

The relatively small, corrupt, socially-minded government juggles the competing demands of Education, Defense, and Healthcare. It meets to discuss matters of state in the capital city of Hir-Kajurmani. The average income tax rate is 85.4%, and even higher for the wealthy.

The frighteningly efficient Kajali economy, worth an astonishing 15,237 trillion Galacs a year, is driven entirely by a combination of government and state-owned industry, with private enterprise illegal. However, for those in the know, there is an enormous, deeply entrenched black market in Information Technology, Book Publishing, Arms Manufacturing, and Tourism. The private sector mostly consists of enterprising ten-year-olds selling lemonade on the sidewalk, but the government is looking at stamping this out. Average income is an amazing 424,621 Galacs, and distributed extremely evenly, with practically no difference between the richest and poorest citizens.

The official Kajali Phrase Book weighs as much as a small child, kindergartners' favourite dance move is the stop-drop-and-roll, feuilletons can only be deciphered with a Galliennais dictionary, and the government spends more on chasing distant comets than on basic infrastructure. Crime is totally unknown. Kajal's national animal is the Myarra, which frolics freely in the nation's many lush forests.

Most Recent Government Activity: 62 minutes ago