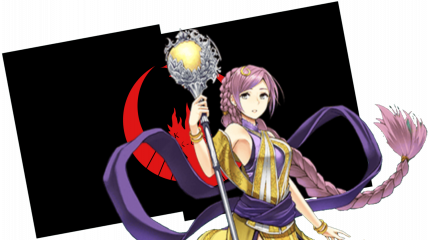 The Central Goddess Empire Union of Kaicho is a massive, cultured nation, ruled by Kaicho Goddess Ilzuna with an iron fist, and notable for its barren, inhospitable landscape, frequent executions, and feral children. The hard-working, cynical population of 4.575 billion Estacius-Kiasoes are ruled by a mostly-benevolent dictator, who grants the populace the freedom to live their own lives but watches carefully for anyone to slip up.

The tiny, well-organized government juggles the competing demands of Defense, Welfare, and Healthcare. It meets to discuss matters of state in the capital city of Sluvaria. Citizens pay a flat income tax of 8.2%.

The strong Kaichoan economy, worth 303 trillion Loutzes a year, is broadly diversified and led by the Gambling industry, with major contributions from Basket Weaving, Arms Manufacturing, and Book Publishing. Average income is 66,319 Loutzes, with the richest citizens earning 7.9 times as much as the poorest.

The government supplies ragtag bands of resistance fighters in exchange for vague promises of future payment, foreign ambassadors never get to see what Kaicho has to offer, Kaicho Goddess Ilzuna has just been declared ruler of Kaicho in an international press conference, and restaurateurs put a lot of effort into persuading customers to accept wafer-thin mints. Crime is moderate, with the police force struggling against a lack of funding and a high mortality rate. Kaicho's national animal is the Moenshen, which teeters on the brink of extinction due to widespread deforestation.

Kaicho is ranked 101,681st in the world and 44th in The Everlasting Kawaii Empire for Most Avoided, scoring 2.5 on the Kardashian Reflex Score.