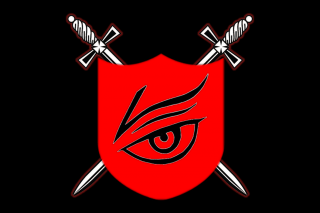 The Indomitable Dominions of Joey Wu Empire is a gargantuan, orderly nation, ruled by Supreme Leader Wu with an iron fist, and notable for its soft-spoken computers, ritual sacrifices, and suspicion of poets. The hard-nosed, cynical, humorless, devout population of 15.867 billion Child of Wus are kept under strict control by the oppressive government, which measures its success by the nation's GDP and refers to individual citizens as "human resources."

The medium-sized, corrupt, moralistic, well-organized government prioritizes Defense, although Law & Order is also considered important, while Social Policy and Welfare receive no funds. It meets to discuss matters of state in the capital city of Dragon's Den. The average income tax rate is 97.4%.

The frighteningly efficient Wuan economy, worth a remarkable 6,848 trillion Equations a year, is driven entirely by a combination of government and state-owned industry, with private enterprise illegal. However, for those in the know, there is an enormous, deeply entrenched, broadly diversified black market in Arms Manufacturing, Information Technology, Uranium Mining, and Woodchip Exports. The private sector mostly consists of enterprising ten-year-olds selling lemonade on the sidewalk, but the government is looking at stamping this out. Average income is an amazing 431,618 Equations, with the richest citizens earning 7.3 times as much as the poorest.

Countless government officials are accused of espionage, the Wuan military is limping towards victory, one-man canoes fitted with the latest tracking technology leave no room for one man, and the consent form for routine blood pressure measurement has been nominated for the 'Novel Of The Year' award. Crime, especially youth-related, is totally unknown, thanks to a very well-funded police force and progressive social policies in education and welfare. Joey Wu Empire's national animal is the Basilisk, which is also the nation's favorite main course, and its national religion is Wu Worship.