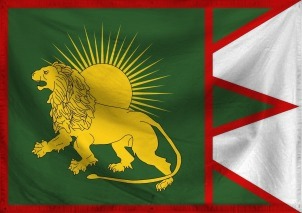 The Federal Republic of Janoobi Jazair is a colossal, genial nation, ruled by Big Kahuna with an even hand, and remarkable for its smutty television, prohibition of alcohol, and devotion to social welfare. The compassionate, democratic, devout population of 5.332 billion Jazairis enjoy extensive civil rights and enjoy a level of social equality free from the usual accompanying government corruption.

The enormous government juggles the competing demands of Education, Environment, and Administration. It meets to discuss matters of state in the capital city of Lake Kahuna. The average income tax rate is 84.0%, and even higher for the wealthy.

The frighteningly efficient Janoobi Jazairian economy, worth 477 trillion jCoins a year, is highly specialized and mostly made up of the Information Technology industry, with significant contributions from Furniture Restoration. State-owned companies are common. Average income is 89,528 jCoins, and distributed extremely evenly, with practically no difference between the richest and poorest citizens.

The Janoobi Jazairian Intelligence Agency relies on internet search engines to know what is happening overseas, shops were recently ransacked as cigarettes returned to the shelves, the government's foreign policy statements are less threatening than a World Assembly cease-and-desist letter, and UFO sightings are listed daily in the morning news. Crime, especially youth-related, is totally unknown, thanks to a very well-funded police force and progressive social policies in education and welfare. Janoobi Jazair's national animal is the Goldfish, which is also the nation's favorite main course, and its national religion is Faithism.

Freedom Fascists, and 18 others.