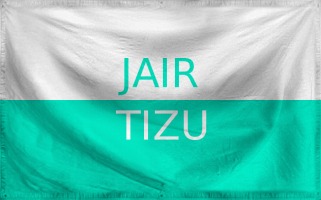 The People's Imperial Republic of Jair Tizu is a massive, safe nation, notable for its multi-spousal wedding ceremonies, frequent executions, and stringent health and safety legislation. The devout population of 3.48 billion Jair Tizuans have some civil rights, but not too many, enjoy the freedom to spend their money however they like, to a point, and take part in free and open elections, although not too often.

The relatively small government juggles the competing demands of Defense, Education, and Administration. The average income tax rate is 17.5%, but much higher for the wealthy.

The very strong Jair Tizuan economy, worth 258 trillion guilders a year, is broadly diversified and led by the Woodchip Exports industry, with major contributions from Uranium Mining, Book Publishing, and Cheese Exports. State-owned companies are common. Average income is 74,322 guilders, and evenly distributed, with the richest citizens earning only 2.1 times as much as the poorest.

The contraband cigarette trade is lighting up across Jair Tizu, homeless people can be found sleeping on streets in front of unoccupied second homes, all statues and paintings of dogs are being destroyed to avoid offending cat-lovers, and pallbearers at military funerals dive for cover when they hear the three-volley salute. Crime, especially youth-related, is totally unknown. Jair Tizu's national animal is the wolf, which teeters on the brink of extinction due to widespread deforestation.

Jair Tizu is ranked 134,124th in the world and 315th in Forest for Most Advanced Law Enforcement, scoring 1,215.92 on the Orwell Orderliness Index.