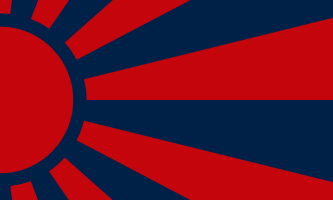 The Federal Republic of Jabloko is a gargantuan, efficient nation, ruled by Pavel Miljukov with a fair hand, and renowned for its rampant corporate plagiarism, daily referendums, and absence of drug laws. The compassionate, democratic population of 14.301 billion Yablokans are free to do what they want with their own bodies, and vote for whomever they like in elections; if they go into business, however, they are regulated to within an inch of their lives.

The medium-sized, outspoken government prioritizes Education, with Industry, Welfare, and Healthcare also on the agenda, while Spirituality and International Aid aren't funded at all. It meets to discuss matters of state in the capital city of Petersburg. The average income tax rate is 70.0%, and even higher for the wealthy.

The frighteningly efficient Yablokan economy, worth a remarkable 1,665 trillion tselkovyjs a year, is driven entirely by a combination of government and state-owned industry, with private enterprise illegal. The industrial sector, which is fairly diversified, is led by the Information Technology industry, with significant contributions from Book Publishing, Tourism, and Furniture Restoration. Average income is an impressive 116,485 tselkovyjs, and distributed extremely evenly, with little difference between the richest and poorest citizens.

Seasonal hay-fever sufferers are attending government drug counselling sessions to get free doughnuts, the nation was recently voted "most likely to betray its allies", any body part that can be cut off a person is no longer considered to be their property, and no suburban lawn is complete without barbed wire and landmines. Crime is totally unknown. Jabloko's national animal is the bluebird.

Jabloko is ranked 206,295th in the world and 2,940th in the West Pacific for Largest Soda Pop Sector, scoring -5.05 on the Addison-Fukk Productivity Rating.