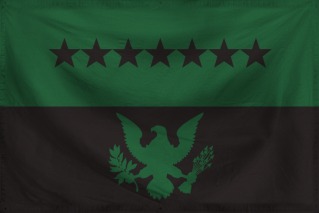 The Republic of J o Jian Capture Squad A3 is a massive, orderly nation, renowned for its barren, inhospitable landscape and compulsory military service. The hard-working, cynical population of 3.246 billion J o Jian Capture Squad A3ians are ruled by a mostly-benevolent dictator, who grants the populace the freedom to live their own lives but watches carefully for anyone to slip up.

The relatively small, well-organized government prioritizes Defense, with Law & Order, Welfare, and Education also on the agenda, while International Aid and Industry receive no funds. Citizens pay a flat income tax of 9.0%.

The strong J o Jian Capture Squad A3ian economy, worth 222 trillion Sauces a year, is broadly diversified and led by the Arms Manufacturing industry, with major contributions from Uranium Mining, Woodchip Exports, and Furniture Restoration. Average income is 68,596 Sauces, but there is a significant disparity between incomes, with the richest 10% of citizens earning 218,530 per year while the poor average 16,381, a ratio of 13.3 to 1.

Military spending recently hit a new high, the country's famous rainforests are being bulldozed by the mining industry, getting an autograph has become harder than ever, and military spending is on the increase. Crime is moderate, with the police force struggling against a lack of funding and a high mortality rate. J o Jian Capture Squad A3's national animal is the Eagle, which teeters on the brink of extinction due to toxic air pollution.

J o Jian Capture Squad A3 is ranked 199,759th in the world and 1st in The Communist Utopian League for Most Politically Apathetic Citizens, with 46.97 Whatever.