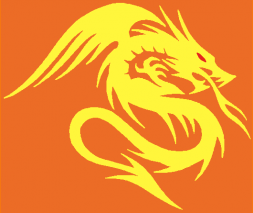 The Empire of Izandai is a gargantuan, environmentally stunning nation, ruled by Dragon King with an even hand, and notable for its anti-smoking policies, sprawling nuclear power plants, and complete absence of social welfare. The hard-nosed, hard-working, devout population of 23.043 billion Izandaians have some civil rights, but not too many, enjoy the freedom to spend their money however they like, to a point, and take part in free and open elections, although not too often.

The relatively small government prioritizes Education, although Law & Order, Industry, and Environment are also considered important, while Spirituality and Welfare aren't funded at all. It meets to discuss matters of state in the capital city of Dragonpoint. The average income tax rate is 16.5%, but much higher for the wealthy.

The frighteningly efficient Izandaian economy, worth a remarkable 3,105 trillion dragon scales a year, is quite specialized and mostly made up of the Tourism industry, with significant contributions from Book Publishing, Information Technology, and Retail. State-owned companies are common. Average income is an impressive 134,763 dragon scales, and evenly distributed, with the richest citizens earning only 2.4 times as much as the poorest.

Super Barry Brothers is the most popular video game in the nation, the law is more interested in punishing crime than preventing it, Maxtopian Grass flags adorn every college dorm room, and old folks reminisce about the last time someone was acquitted of a crime. Crime is totally unknown, thanks to a capable police force and progressive social policies in education and welfare. Izandai's national animal is the dragon, which is also the nation's favorite main course.

Izandai is ranked 16,211th in the world and 1st in Runners Region for Largest Retail Industry, scoring 7,848.91 on the Shrinkwrap Consignment Productivity Index.