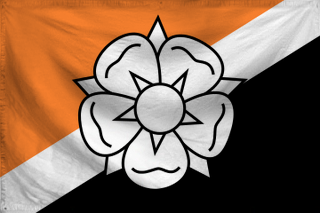 The United Ekumen of Isilanka is a colossal, environmentally stunning nation, ruled by Francesca Miramar with a fair hand, and remarkable for its rum-swilling pirates, keen interest in outer space, and irreverence towards religion. The compassionate, democratic, cheerful population of 7.223 billion Isilankans are free to do what they want with their own bodies, and vote for whomever they like in elections; if they go into business, however, they are regulated to within an inch of their lives.

The enormous, outspoken government juggles the competing demands of Education, Administration, and Environment. It meets to discuss matters of state in the capital city of Ostramar. The average income tax rate is 98.6%.

The frighteningly efficient Isilankan economy, worth a remarkable 1,337 trillion sicles a year, is highly specialized and mostly made up of the Information Technology industry, with significant contributions from Book Publishing and Tourism. State-owned companies are common. Average income is an impressive 185,241 sicles, and distributed extremely evenly, with practically no difference between the richest and poorest citizens.

'To Regulate And Beyond' is the unofficial motto of the Isilankan Space Agency, urban entrepreneurs are busy introducing cockroaches into restaurant kitchens, there's no representation without taxation, and atheist missionaries spread doubt overseas. Crime, especially youth-related, is totally unknown, thanks to a capable police force and progressive social policies in education and welfare. Isilanka's national animal is the moth, which frolics freely in the nation's many lush forests, and its national religion is Isilankan Paganism.