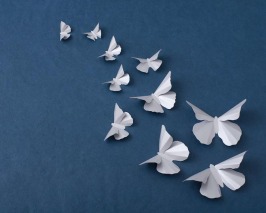 The Incorporated States of Ironica Butterfly is a colossal, environmentally stunning nation, ruled by Forbes Wyoming with an even hand, and renowned for its infamous sell-swords, sprawling nuclear power plants, and anti-smoking policies. The compassionate population of 7.18 billion Ironica Butterflyians have some civil rights, but not too many, enjoy the freedom to spend their money however they like, to a point, and take part in free and open elections, although not too often.

The government — a sprawling, bureaucracy-choked morass — juggles the competing demands of Education, Environment, and Healthcare. The average income tax rate is 74.6%, and even higher for the wealthy.

The all-consuming Ironica Butterflyian economy, worth 450 trillion aurelias a year, is driven entirely by a combination of government and state-owned industry, with private enterprise illegal. The industrial sector, which is highly specialized, is mostly made up of the Information Technology industry, with significant contributions from Book Publishing. Average income is 62,800 aurelias, and distributed extremely evenly, with little difference between the richest and poorest citizens.

The comic book series 'Forbes Wyoming and the Villainous Corporate Cronies' is a best-seller, the slowest students feel vaguely targeted by their Mendelian Inheritance coursework, crackheads chase drug-loaded drones in hopes of a lucky drop, and homophobia is off the menu. Crime, especially youth-related, is totally unknown, thanks to a very well-funded police force and progressive social policies in education and welfare. Ironica Butterfly's national animal is the butterfly, which soars majestically through the nation's famously clear skies.

Ironica Butterfly is ranked 1,619th in the world and 93rd in 10000 Islands for Most Influential, scoring 59,291 on the Soft Power Disbursement Rating.

United North American Islands, and 8 others.